Rescue Reston was created 10 years ago with the goal of fighting the redevelopment of Reston National Golf Course (RNGC). We went to court to prevent the previous owner from implementing a plan to develop RNGC, and thus far have held off redevelopment of Reston’s north golf course at Hidden Creek Country Club as well. The current Reston Comprehensive Plan states the two “golf courses are planned for private recreation use, more specifically to remain as golf courses.”1 That designation is supported by Rescue Reston and the community.

These developers have acknowledged that they bought RNGC in 2019 at a price that reflects future development and want to revise the Comprehensive Plan for Reston to change the golf course’s current land use designation of open space. They should have taken the warnings seriously that were issued in 2017,2 but instead, they chose to ignore public sentiment.

To be clear: if it is not an 18-hole golf course, there will be commercial and/or residential developments.

Open Space is not free,3 and the golfers do a fine job of covering the costs at this one.

The developers’ Study Group equates “opportunities” with property development and “challenges” with convincing Reston residents that having more buildings instead of open space is in our interest. Their cause is furthered by “conversations” with residents of the neighborhoods that surround the course, socializing their “plan” and “warming up” visitors with public events to plant the seeds that development on the course is a positive thing for the community – it is not!

Much of the Study Group materials, social media content, and in-person conversations contain disinformation and omit fact-based discussion about the Comprehensive Plan for Reston.
Hundreds of our neighbors and supporters have loudly stated “NO” to the developers’ and the Study Group’s efforts to charm us with their conversation about “just ideas.” You can send a message of #NoCompPlanChange to your representatives on the Fairfax County Board of Supervisors by visiting our Rescue Reston Action Center. We ask that you join us in this cause.

The Developers’ “Study Group” is Fostering Fear, Uncertainty and Doubt (FUD) about Reston

The “Reston National Neighborhood Study Group” was created by the company that the owner-developers hired to “sell” the project. It is a well-funded attempt to charm Reston with events featuring food and beverages, while they work to spread FUD about south Reston:

They use language that evokes a “split” in Reston between the north and south parts of the community. This shows they don’t know or respect our community. 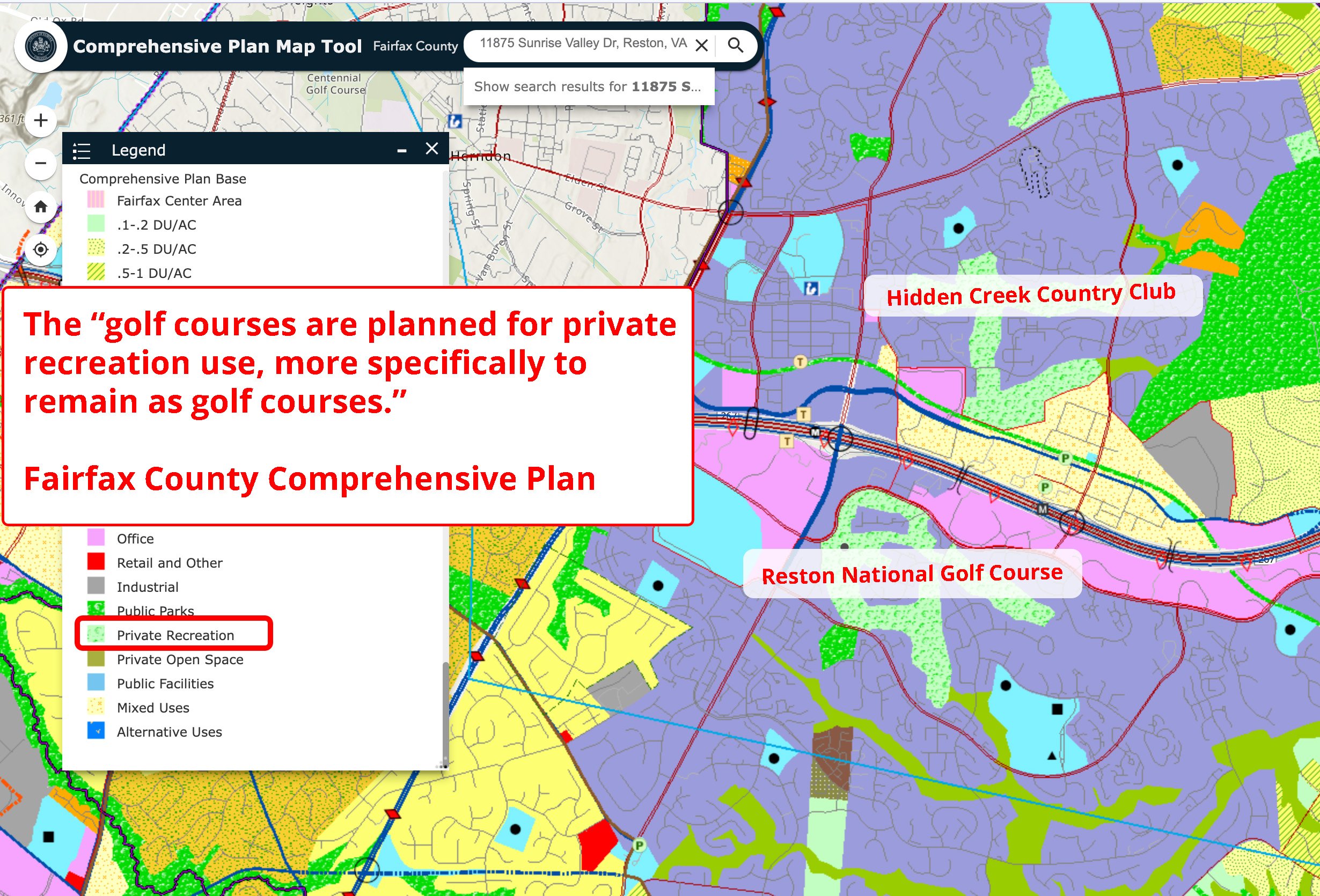 You Can Make a Difference – Let Your Voice Be Heard

There are many tactics the Study Group is employing, most often featuring south Reston in a negative way, which a truly good neighbor wouldn’t do. The reality is that Reston was developed as a planned community with varying uses in different areas. The area where Reston National Golf Course is sited has an official land use code of “Golf Course – commercial” and legal zoning of “PRC (Open Space).” When large areas of Reston are undergoing intensive development, we need to aggressively protect the open space we have. Rescue Reston supports the existing land use specification as designated in the Comprehensive Plan for Reston, and vigorously opposes any change to that use. You can help by visiting our Action Center and sending a message to our elected officials that you agree, #NoCompPlanChange.