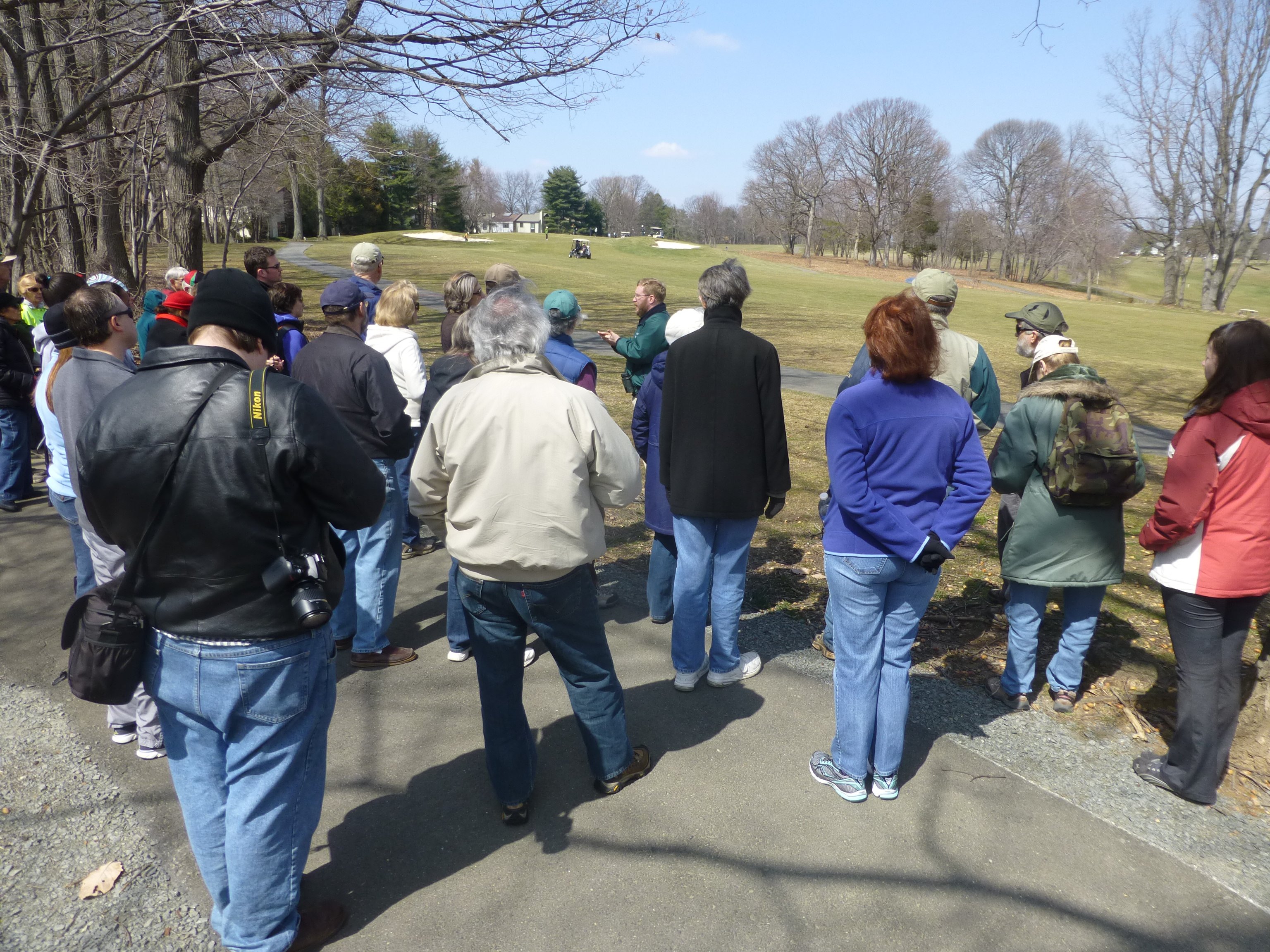 You’ve probably seen this yourself:  communities that once were charming and lovely but are now car-clogged concrete canyons.  Rescue Reston and other like-minded yellow-shirted citizens associations in Reston are dedicated to preserving the charm of Reston and preventing over-development.  Rescue Reston focuses specifically on preserving Reston’s two planned open spaces, which are the two 160+ acre golf courses–Reston National and Hidden Creek.

Open space matters.  It’s good for us.  It not only enhances our physical health but our mood, creativity, and memory.  Scientific studies show this.  You cannot get these same health benefits from walking in busy, dense spots such as Reston Town Center or in the Village Centers.  Fairfax County says in its Economic Success Plan that it wants to encourage health benefits like these through a “Health in All Policies” approach.

Preserving Reston National and Hidden Creek is not all about promoting golf, though that is a worthwhile endeavor in keeping with Reston’s promotion of healthy living through sports.  It’s about preserving Reston’s deliberate plan for everyone to benefit from the Reston Association paths that were designed–from Reston’s founding in 1964–to go along and through the golf courses.

The vast majority of people who benefit from Reston National and Hidden Creek are not the golfers themselves but the hundreds of walkers, joggers, bicyclists, kids in strollers, and elderly and disabled people with canes or wheelchairs who enjoy these open spaces via the RA paths every single day.   Everyone in Reston–from the youngest to the oldest among us–has access to the benefits of this open space.

The out-of-state outfit that owns Hidden Creek, Wheelock Communities, is talking about redeveloping this land into housing and turning some of it into a park.  Don’t be deceived.  The so-called “grand park” that Wheelock is promoting would result in a loss of the majority of this beautiful and rare open space.  What Wheelock is offering as a so-called park is only that part of its property that is not suitable for housing.  The latest proposal says a large chunk would be marshland.

As density increases–as planned–at the Metro stations and the Transit Station Areas, the Restonians living or working in those high-density areas will need and want the vistas of the golf course open space that they have access to now.  It is short-sighted and, frankly, greedy for out-of-area developers to try to take these planned open spaces away from Restonians just when we need it most.

Yet we Restonians were promised that this open space would be preserved for the long term.  The latest Reston Master Plan(completed in 2015) that guides our community’s development for the next thirty to forty years commits to keeping this open space.  Violating that 30-to-40-year open-space pledge after only four or five years would truly be a violation of the plan for generations to come.

Unlike most of Fairfax County, Reston has always been a planned community.  Restonians know and abide by planned-community rules that affect things as small as whether we can change the color of our shutters or put in a bay window.  And yet, despite the respect that we residents have always shown to planned-community principles, real estate developers who are brand new to our community want to violate the plan and change the character of our community forever by robbing it of its planned, promised, and dwindling open space.

Read the comments, especially from Terry Maynard who adds excellent context to this article.